Ghosty Digital Streaming Rights Bagged by ZEE5 Tamil OTT Platform and will premiere online on ZEE5 after its theatrical run.

Satellite Rights for Movie Ghosty is acquired by Zee Tamil. 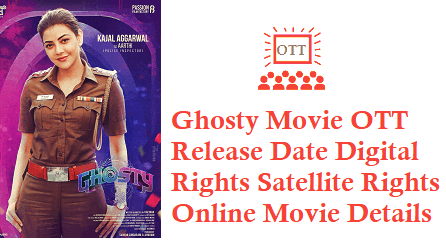 Ghosty is all about Aarthi who is a police Inspector. Her goal is to find and arrest an accused named Daas who escaped from her father’s custody 20 years back.

Below you can know the Ghosty movie complete details like Cast, Producer, Movie Director, Music By, Written By details.

Ghosty Movie Teaser of Ghosty is below.