Satellite Rights for the Movie Khiladi is acquired by Star MAA Tv and the movie will telecast on the Star MAA TV Channel. 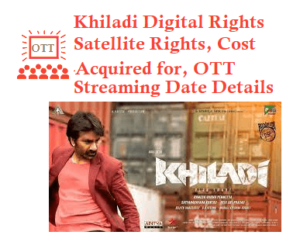 The theatrical Release Date of Khiladi movie is 11th February 2022.