For the first time ever our Super Star Mahesh Babu along with his family Namrata Shirodkar, Gautam and Sitara is featured in a new Television Commercial TVC Ad for Sai Surya Developers. The new Ad is Produced and Directed By Ad Film Maker Yamuna Kishore. 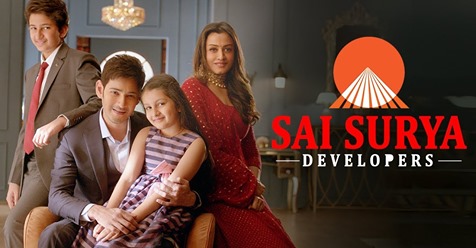 Sai Surya Developers is a trustworthy Real Estate Enterprises built on the values of quality, trust, and affordability.

It’s a first for us ❤Had a great time on this one !! Thank you team Sai Surya Developers for making this happen!!https://t.co/lnIsOH5O0o