Tollwood produces more Telugu movies than any other language produces, and do you want to know the top 10 Telugu Highest Grossing Movies, lets see below, and also see who has the more movies in the list.

Below are the top 10 movies, and the interesting thing all these movies are released in this decade only(2010-2020). 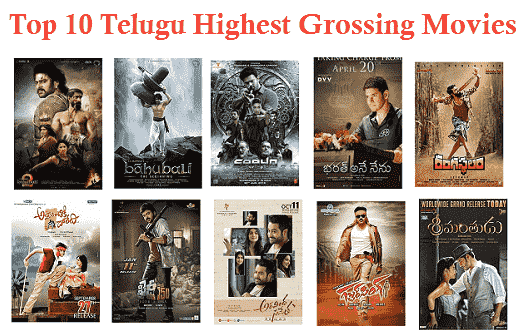 Which actor has the more movies in Top Telugu Highest Grossing Movies?

And the Year 2018 has produced 3 movies in the all time highest telugu grossing movies.

And in the List of highest-grossing Indian films Baahubali 2: The Conclusion is Second, and first is Dangal with Rs 2024 crores.

If you Take Bahubali 1 & 2 Part into one then combined it collected Rs 2460 Crores(Rs 650 + 1810), Which makes this as the highest grossing movie in Indian Film industry.