Pushpa movie satellite rights is bagged by Star Maa TV Telugu Channel and will premiere on the same. 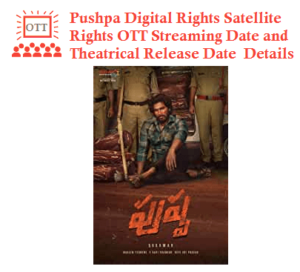 The Theatrical Release Date of Pushpa Movie is 17th December 2021.

Movie Trailer of Pushpa is below.

Pushpa Movie Story is all about Pushpa Raj, a lorry driver in Seshachalam forests in Souther India, set in the backdrop of red sandalwood smuggling. Red Sandalwood is endemic to the South-Eastern Ghats of India.